The store will not work correctly in the case when cookies are disabled.

The innovative SunLike LEDs from Seoul Semiconductor are natural spectrum LEDs, with CRI 97+ and light that closely matches the spectrum of natural sunlight. 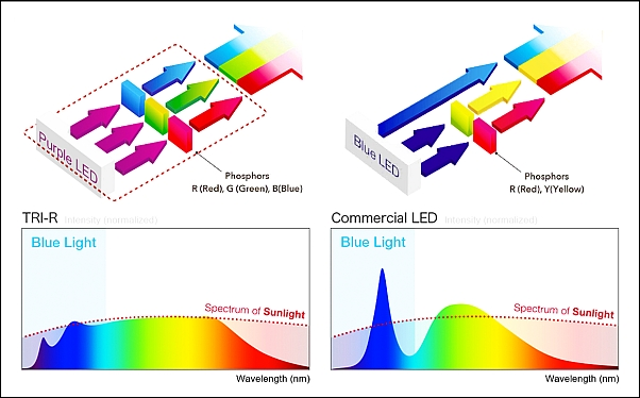 The special ability to have a spectrum close to sunlight comes from using a new LED design, with a purple emitter in combination with a red, green, and blue (RGB) phosphor mix, unlike conventional white LED that use a blue emitter and yellow phosphor.

By removing the blue LED chip and replacing it with a purple light one, lighting technology is fundamentally transformed. For the first time, it is possible to render colors accurately with very low energy use and positive effects on health. Compared with other LED lights, the new SunLike Series do not have a blue energy peak associated with eye discomfort and poor sleep patterns.

Furthermore, an ordinary LED spectrum is very different to sunlight, while SunLike’s spectrum is very similar. The light sources with SunLike LEDs will more accurately show the color of objects, as they would appear in natural sunlight.

It's natural light spectra has color rendering of CRI-97 – close to CRI-100 of sunlight, and much higher than the CRI-80 of conventional LEDs.

The SunLike packaged LED technology from Seoul is based in part on a Toshiba phosphor technology called TRI-R. By using the TRI-R, the LEDs deliver a uniform and broad spectral power distribution (SPD) that is more like sunlight than are typical phosphor-converted white LEDs.

The applications of this new LED technology, with its diminished blue light peak, similar spectral curve to sunlight, accurate rendering of colors and reduced scattered reflection and glare are many, from Human Centric lighting for our home and office to commercial and art lighting.

‘Human-centric lighting’ describes lighting that is designed with focus on the human body’s natural rhythms. It relies on the well-established fact that the human eye detects the presence of a particular wavelength of blue light in the spectrum that makes up sunlight, and uses this to judge what time of day it is.

In this way, light helps regulate our sleep–wake cycles and other bodily rhythms, and has a significant impact on our mood and well-being.

Seoul Semiconductor’s SunLike Series LEDs are different, as are the first LEDs to be closely matched to real sunlight, so they have the right level of blue that trigger the desired biological stimulus. 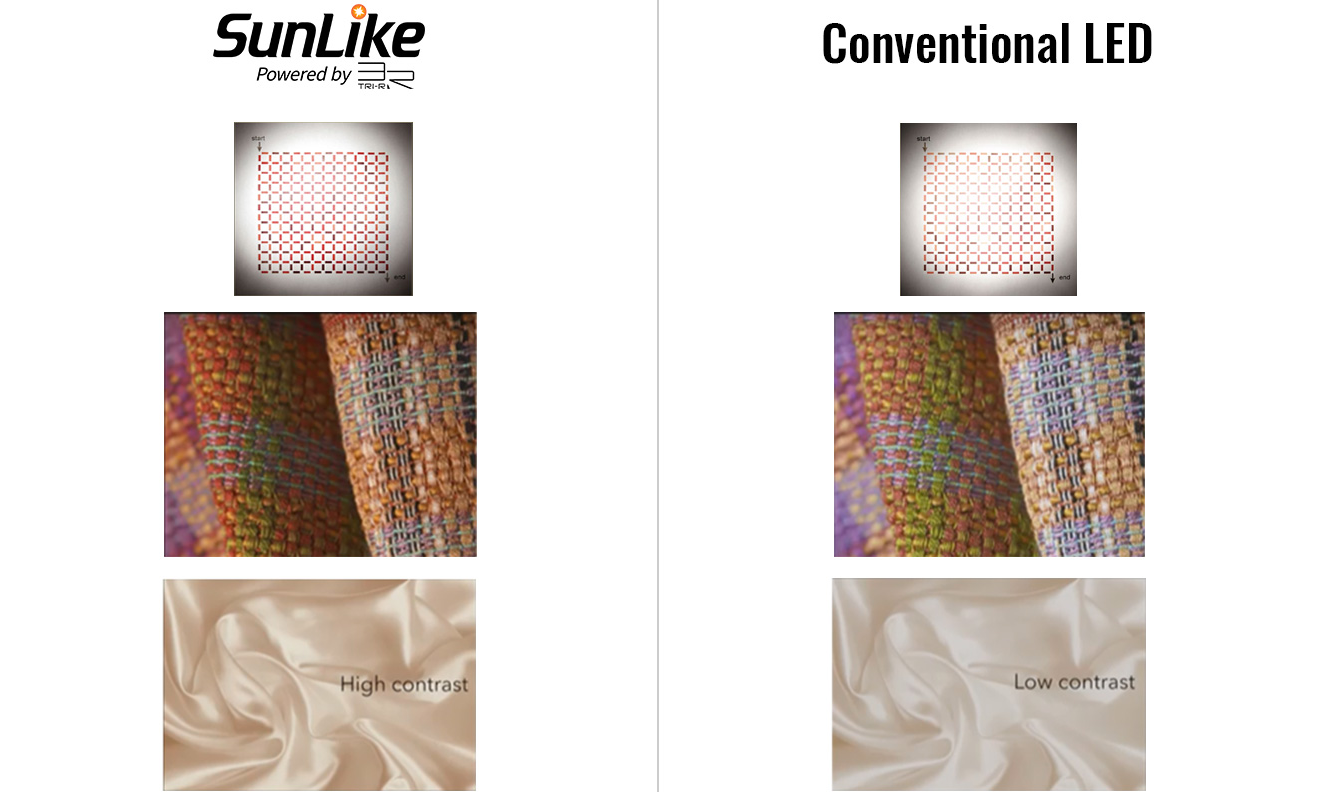 With Seoul SunLike light fixtures, merchandise will look as under natural light, with the same color and contrast. The high quality light spectrum is expressed by both the traditional color rendering index (CRI) and the new Color Fidelity Index.

Tests confirm, with CRI at 97+ and TM30 Fidelity Index at 96, values that indicate the high accuracy of reproducing the original color from 99 representative color indexes.

Light to reveal true color and depth for works of art

The SunLike LEDs uniform spectral power distribution enabled by a three-phosphor mix render art naturally, ensuring that visitors will fully experience color and texture. Paintings, frescoes, mosaics, sculptures and many other exhibits will have a lifelike appearance with more realistic color tones relative to any prior lighting.

Moreover, the light from SunLike LEDs result in a high contrast ratio that means viewers can better perceive depth — and therefore the texture — in the works of art. 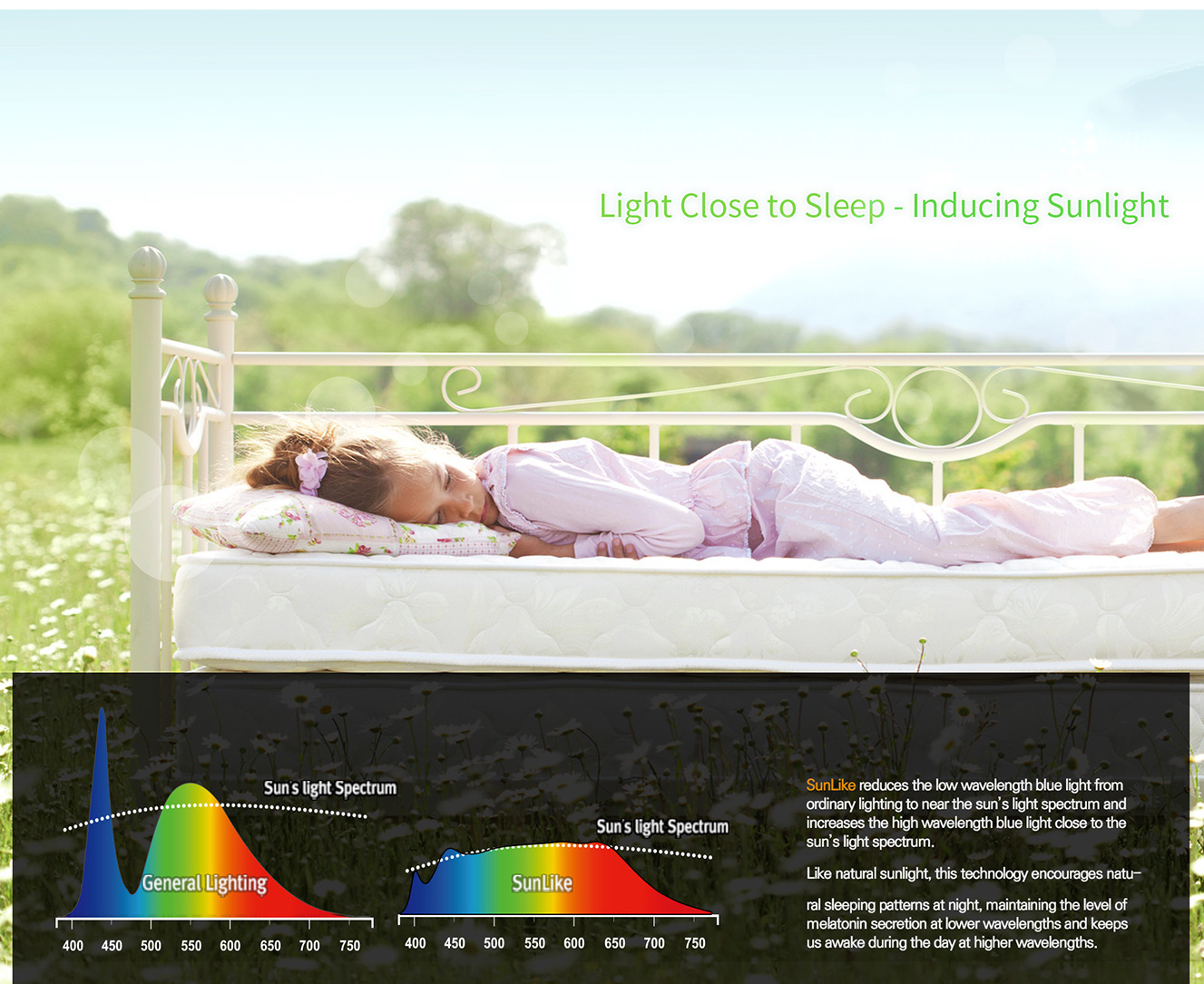 Researchers of the Seoul National University from South Korea have analyzed the volunteers’ vital signs during sleep and conducted subjective analysis via a questionnaire.

These results are explained by the diminished amount of blue light found in the spectrum of SunLike LEDs, compared with other LED light sources. Other research has found that blue light negatively affects sleep patters.

With our LumiFlex700 SunLike LED strips you will have a brilliant natural light source easy to install over long distances, perfect for cove lights, architectural or indirect lighting and with our range of LinearZ SunLike LED modules you can easily build linear lighting fixtures thanks to the plug & play connection and Zhaga format.